Our new release ‘Inseln‘ will be available officially in one of our typically low runs of 100 gatefold vinyl-effect CDrs on Saturday the 9th of July after a pre-order the week before. If you join our mailing list using the link below, we’ll make sure you’re the first to hear.

press release
“In this collaborative record called ‘Inseln’, we welcome back Logic Moon, who contributed 2019’s ‘I See Planets’ to our discography, alongside cellist, musician and composer Henrik Meierkord. Logic Moon is Mainz, Germany based artist Tobias Lorsbach, who has also released music on labels such as Archives, Ambientologist and Faint. Henrik Meierkord is based in Stockholm, Sweden and he has numerous self-released records in his discography, alongside work for Ambientologist, Subcontinental Records, Projekt and Hibernate.

‘Inseln’ translates to mean islands and this record is intended to be a journey to beautiful imaginary paradise islands, far far away, in a time set way back in ancient history. Whilst cliché would have us think of exotic sun-soaked lands, full of vibrant colour and a thick, palpable heat, on listening to this record it will become apparent that the journey to paradise is not so simple. Tobias’ droning synthesizer soundscapes combined with Meierkord’s meditative strings, transport us to a medieval world, perhaps in times before we had discovered the existence of paradise, and when travel was an enormous challenge.

This album plays through the struggles of a journey to paradise, escaping the known present in search of an unknown, unpromising utopia. As we discover each new island, we can see another one on the horizon, lying undiscovered; an endless paradise only another struggle-filled journey away.“ 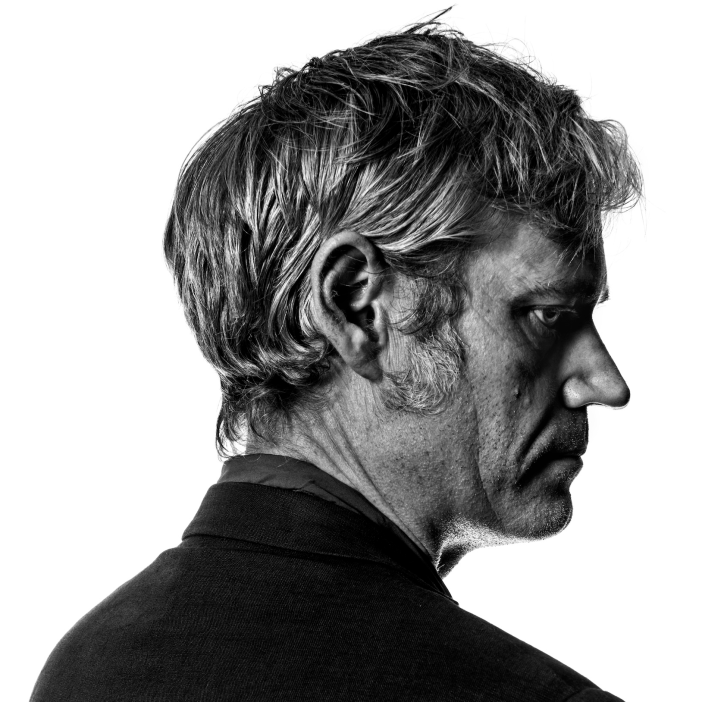 We usually release new music at the weekends but for this one, we decided to give a traditional Monday morning release a try! In this new digital edition, a departure from our CDr editions and eRecord series, we welcome Glåsbird with an album called cinéma noir, themed around black and white drama film. Each track has a cryptic title, with an accompanying photograph by Peter Nejedly. Along with the music, these sketch out scenes from an un-written movie, yet to be filmed.

cinéma noir is out now in a digital-only format. The best way to keep informed about our releases, is to join our mailing list, and we’ll make sure you’re the first to hear!

press release
“Since the project’s inception in 2018, anonymous artist Glåsbird has amassed a discography entirely dedicated to geographic themes. Each album from the ‘A Sonic Expedition’ series has been composed specifically as an imaginary film documentary, themed around a specific country, region or remote location. This work has led to some film work, such as Return To Sea and Sardinia and Casa Occupata. With this latest record, the music and its close affinity to visuals is the central theme, as Glåsbird explores a non-geographic theme for the first time. It is also the first digital-only album by this artist.

Cinéma Noir is intended to play out the soundtrack to a film that was never made. The track titles are cryptic, as the music sketches out scenes of a noir movie. Some pieces use wide-screened orchestration techniques whereas others use pensive, sprawling or tensioned tones to draw out cinematic moods.

If the track titles are too mysterious, then it may become ever so slightly clearer with monochrome photography by Peter Nejedly, who has provided 10 images; one to accompany each track. These pictures were matched to the track titles and their compositions by Glåsbird, who hopes that your own imagination will form the missing movie scenes.“

Our May releases are out today and in this edition we have an album by Netherlands based artist Anne Chris Bakker. This record follows last year’s collaborative album for Whitelabrecs alongside Andrew Heath, ‘How To Breathe Like A Stone’ and through these twelve tracks, we’re pleased to present ‘A Sketch in Leaving‘ which is a range of piano, synth and experimental compositions, themed around the Scandinavian landscape.

A Sketch in Leaving is out now in a run of 100 copies! The best way to keep informed about our low-run releases, is to join our mailing list, and we’ll make sure you’re the first to hear!

press release
“In this edition we welcome back Anne Chris Bakker, a musician and composer from the Netherlands. Some may recall 2021’s collaboration with Andrew Heath, with their album ‘How To Breathe Like A Stone’ and we are pleased to be able to present this solo record, ‘A Sketch in Leaving’.

Anne Chris Bakker’s music makes use of electro acoustic sound sources, to create minimal and experimental ambient music. Releases have been made available through labels such as White Paddy Mountain, Dronarivm and Unknown Tone, as well as a further collaboration with Andrew Heath on Rusted Tone Recordings. There were also recordings as Kleefstra|Bakker|Kleefstra on labels which include Low Point.

Bakker typically starts with small compositions created with guitar and for A Sketch in Leaving, a new approach was forged by using a piano and samples so that a new experimental path could be explored. Inspiration has been drawn from long walks in the Norwegian mountains and this album is in part based upon these experiences. The immense landscape, battered and bruised by the elements represents change and loss, as well as the emergence of freshly formed details. The titles of the album are mainly of places, people and concepts all set to the vast Scandinavian landscape, which is placed as a focal point within the packaging artwork.“

Our May releases are out today and the first sees the next installment of Glåsbird’s ‘A Sonic Expedition‘ series. The next destination on the horizon for this anonymous artist, is the Himalayan mountain range and this album traces a fictitious mountain expedition to the summit, followed by an ascent back down from the peak. The sequence of the tracks trace this journey and the packaging contains imagery from an actual expedition in the Himalayas, provided by climber Jay Whiting. There are also some additional words that give further conceptual insight into this record, provided by Neil McRoberts.

Himalaya is out now in a run of 100 copies! The best way to keep informed about our low-run releases, is to join our mailing list, and we’ll make sure you’re the first to hear!

press release
“Glåsbird’s A Sonic Expedition series continues, arriving at the Himalayas as the destination for the 6th album installment of this global exploration. For those of you who are unaware, this is a project for this anonymous producer to explore far-flung geographic themes over the course of 10 albums. The series began inside the Arctic circle, moved into Scandinavia and surrounding area, onto Siberia and in this second half, it emerges in the highest mountain range on earth. It moves from expansive open landscapes and onto a new theme of treacherous peaks.

Himalaya was created as a fictitious film soundtrack, tracking the struggles and triumphs of a climber as they embark on and summit an unspecified mountain. The album begins with an ancient quietude, follows to snow-damped hikes before it delves into high-altitude ascents, with the music becoming ever more dramatic and at times, triumphant. The album closes with a descent, as the music gradually softens again but it carries with it, a sense of weary achievement.

As usual, Glåsbird has spent hours trawling archive film footage and documentary series’ as well as studying the terrain, through old maps and Google Earth. The album package includes photography by climber Jay Whiting, with the front, inner and rear images taken in the Himalayas during an expedition. Inside the sleeve, you’ll find some words provided by Neil McRoberts which give a poignant reflection on the Himalayas themselves, and the symbolism of mountains as a mammoth challenge. There is much to be discovered from a struggle and we hope that in some way, this record can provide inspiration, encouragement and some kind of peace.“

Here’s our second of two new releases for April. For this one, we welcome Valencia, Spain based artists Edu Comelles and Rafa Ramos Sania. In this album ‘de camp‘ which means from the field in Catalan, the many instrument sounds of Rafa Ramos Sania are arranged by Edu Comelles, and adapted into a form of contemporary chamber music, with sensitively added electronics.

The album download includes a bonus track, a 32 minute live performance at the VolumensFest in November 2021. There are also music videos for the tracks Argilaga, Heura and Lantana, created by Jorge Dabaliña.

De Camp I is out now in a run of 100 copies! The best way to keep informed about our low-run releases, is to join our mailing list, and we’ll make sure you’re the first to hear!

press release
“de camp is the second album by the Spanish duo formed by sound artist Edu Comelles and multi-instrumentalist Rafa Ramos Sania. After their debut on Archives label with Botánica de Balcón, the two artists expand their sonic universe by refining their own style, aesthetics and sound design. The outcome is ‘de camp’, an album featuring five new compositions and Bleda, a piece originally released on El Muelle Records as part of a charity compilation album.

de camp encompasses a widening of the musical horizons of this duo, stretching the colour palette of their timbres and shedding some light to their darker first album on Archives. Botánica de Balcón revolved around setting up a dialogue between austere electronics and the sombre strength of the double bass. On de camp the composition process has been a back and forth exercise of recording and re-recording, dissolving the lines between instrumentation, electronics and field recordings and striving for a unity in language and aesthetics.

de camp means ‘from the field’ or ‘from land’ in Catalan. All track titles refer to Catalan names of plants found in the outskirts of Valencia, the city where both artists live.“

Art and design by Andrew Heath