Here’s the first of two new albums, out now! This one’s by Melbourne, Australia based artist Zoltan Fecso, who uses a custom-built guitar to create a unique sound. These compositions are warm and bright reflections as the artist wanted to create a more open, spacious sound. His partner Claire Lefebvre is an artist and she provided the cover painting for this album, entitled ‘Daylight In An Empty Room‘.

Our low-run releases will be made available suddenly without official release dates, meaning they’re likely to sell out fast. The best way to keep informed is to join our mailing list which can be located through our website menu or you can click HERE 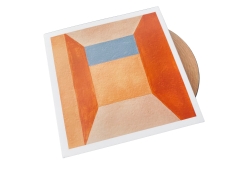 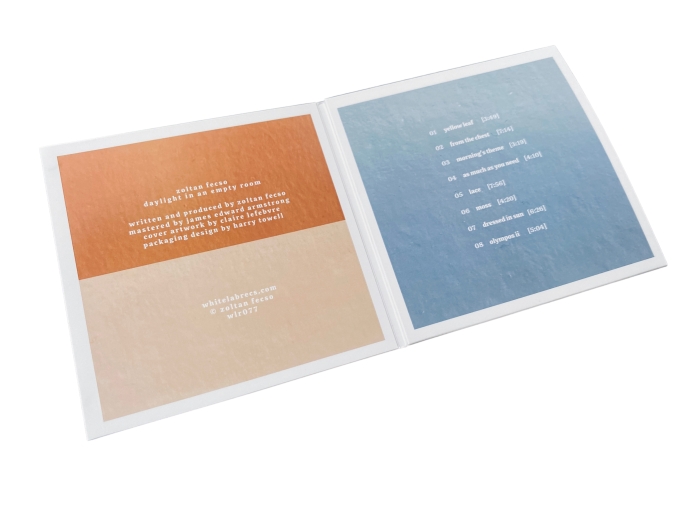 press release
“Zoltan Fecso is a composer based in Naarm (Melbourne), Australia. With previous releases on Hush Hush Records, Sonder House, The Slow Music Movement and Shimmering Moods, Whitelabrecs is thrilled to present Zoltan’s most restrained work to date on ‘Daylight in an Empty Room.’

Zoltan’s pointillist compositions combine single notes of varying lengths to form ever-changing patterns. A composition technique he’s been exploring since 2018, Pointillism borrows its name from the post-impressionist painting technique which uses individually coloured dots to form an image. Zoltan’s works are performed on a modified guitar, on which he captures fragments of notes, creating ever-shifting tonal permutations.