2019 is just about finished, with just a few weeks left to run. We have decided not to run any releases in December and draw a bit of breath ahead of what will surely be another exciting year in 2020.

We decided that a good way to close out this landmark year for us, in which we increased our run count of 100 copies of every release, each in a premium gatefold-LP style vinyl-effect CDr packaging, was to run a winter sale!
So until midnight on the 31st of December 2019, you can enjoy an extra 15% off all of our catalog, both physical and digital.

Simply enter the following code into the discount box provided when you check out to enjoy a 15% reduction on all items:

If you’re in a rush or new to the label and not sure where to start, please see below for a run down of all our releases! 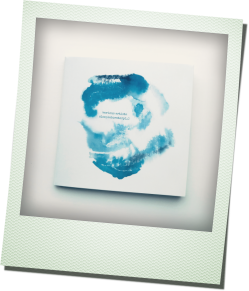 We kicked off both 2019 and our new Sleeplaboratory compilation series. The album is themed around sleep as we strive to make this series a snoozy, lulling listen. It begins with a piece from Janek Schaefer and includes work by other renowned artists such as Darkroom, Maps and Diagrams, M. Grig and Tropic of Coldness as well as Whitelabrecs favourites such as Sven Laux, Valotihkuu, Anthéne and Ben Rath. It sold out in no time so there are no CDrs left however, you can check it out digitally here:

Our new-look gatefold LP style packaging did so well for our compilation release, that we decided that all of our albums would run in this way for 2019. The first artist in this year’s discography was a debut for Glåsbird and things went a bit nuts! All CDrs were gobbled up in no time and you can’t even locate these on Discogs; you can check it out a digital copy here: 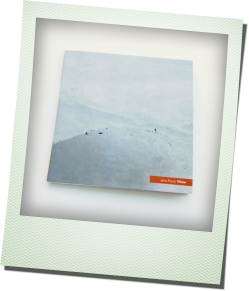 In March we welcomed aboard Cologne, Germany based artist Jens Pauly with Vihne. The packaging was designed entirely by the artist and the music is a tapestry of electro-acoustics. When we first heard Jens’ sound we knew it was going to be something special and sure enough, it’s sold out at source now. You can listen or purchase a digital copy here:

In April Canadian artist Brad Deschamps as anthéne joined aboard with asymmetry, an album which features the photography of Peter Nejedly. The record is a collection of beautiful drones, from an industrious artist who has worked on other labels such as Archives and Home Normal this year. With so much great output this year, it’s easy to see why this one’s sold out. You can stream or purchase a digital copy here: 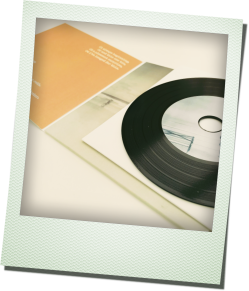 For the first time in April we decided to run with two albums in a calendar month. We welcomed back British artist Ben Rath who had previously released with us as Slow Heart Music. ‘Any Given Moment’ covers warm, acoustic ground via the use of a guitar and drones. A few copies are still available as well as a digital copy which you can check out here:

In May we moved towards the warmer months with a delicate and beautiful album by Hipnotic Earth, a project by Cosmos Rennert. Suspended In Silence is presented as an electro-acoustic record centred around what appears to be prepared piano sounds, bird song and light synth decorations. The last few copies are available at the time of writing and a digital version too, which you can check out here:

Samsuo “The Other Gold Side”
May | Available 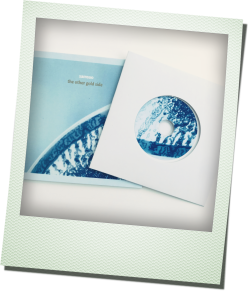 Towards the end of May we released the debut album by Cambridge artist Samsuo. Entitled ‘The Other Gold Side’, this Ambient/Drone record saw us welcome back Peter Nejedly on photography duty and the rotating ceramic dish which features across the four panels suitably reflects the looping, spherical drones created by this artist. There are some copies left at the time of writing as well as a digital version too, which you can check out here:

After the success of Sven Laux’s ‘Schachmatt’ which we released in 2018, we were delighted to welcome Sven back with his follow-up album, ‘ODD’. Whilst Schachmatt was an album steeped in modern composition, ODD adapted this with a slightly more contemporary electronic feel in places. We’re down to the last 16 copies at the time of writing and you can also stream or download a digital version, which you can check out here:

We were excited to welcome aboard Swedish duo Old Amica, who split their discography between folk-tinged post rock and cinematic Ambient. For us, they turned in a beautiful instrumental album featuring piano, guitar and synth and stunning artwork, arranged by the artists’ friend J. M Almqvist. We’ve still got some copies left as it stands and you can also check out their video and a digital version here: We returned to deep drone with this one by Logic Moon in some of the sleepiest music we’ve released to date. Tobias Lorsbach, the man behind the project created an album with a retro-futuristic theme and we decided to splash out on talented collage artist Thom Easton to provide the artwork. Just a few copies remind and you can check them out, as well as the usual stream/digital versions here:

We chopped back to modern classical with this one, with a live performance by Montreal’s Stefan Christoff and several other musicians being handed to Italian sound artist Matteo Uggeri to assist with post production. The result is a playful electro-acoustic piece with several movements across half an hour, complete with artwork by painter Chris Day. Some copies are still around in our shop, which you can buy or stream a digital version here:

Somehow after a debut album, Glåsbird manages to follow it up with a second album in a year. The first album was a sonic expedition to Greenland and in August, the trip continued to the Arctic isles of Svalbard. Just like the last one, this album was gobbled up quickly by our listeners and is unavailable physically. You can stream or buy a digital version here, however: 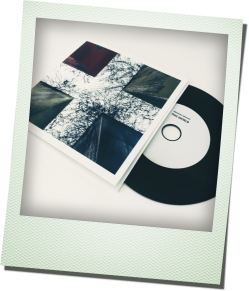 We were really excited to release ‘This World’ by Naples, Italy based artist Emanuele Errante, whose work we’d admired for years. Emanuele teamed up with Peppe Trotta of So What magazine for the cover artwork and also invited guest musicians Bruno Sanfilippo and Max Fuschetto to feature in this magical electro-acoustic recording. Copies are available still at the time of writing or you can stream/buy a digital version here:

In a hat-trick of releases by Italian artists for 2019, we welcomed back Nicola Fornasari who had collaborated for the La Petite Vague release which we put out in 2016. This one’s a lovely minimal album of toy ukulele and careful sound design that rewards repeated listening. You can still grab a copy at the moment or stream/buy a digital version here:

Not due to the talent of the Tasselmyer brothers and a helping hand from Bandcamp’s ‘Best of Ambient’ feature, this album by Gray Acres sold out in a flash. It’s a wonderful collection of tactile drones with far-flung field recordings, mastered by Ian Hawgood. There are no physical versions left but you can stream it or own a digital version here:

We’re always really pleased to see our artists return with another demo but when two came along at once and as a collaboration, we were particularly excited! ‘Green Echo’ combines moody guitar Ambience by Jazzdefector with the sound design expertise of Slow Clinic across 6 tracks. There are some CDrs left or you may prefer to stream or own a digital version: 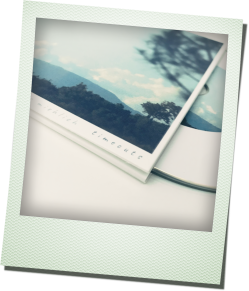 Silences by Luis Miehlich was simply one of our favourite records from 2018. So we were delighted when his demo ‘Timecuts’ came in and over time, Luis arranged remixes by the likes of Gallery Six, Erder, SineRider and our very own Glåsbird to complete the package. The album flits between Ambient/Drone, Electro Acoustic and Modern Classical and the remixes carefully compliment the originals as every bit a part of the album experience. Some physical copies are available or if you prefer, you can stream or own a digital version by clicking here:

Last but not least, we closed out this busy year with our 18th release, courtesy of Jack Hyde. Lowlands is a debut album from this Edinburgh, UK based artist and it covers Ambient, Dub and Field Recording territory in a careful, fascinating record. We have physical copies available as well as the option to stream or download here: