Onto our penultimate release of the year then and for this, we welcome Heidelberg, Germany based artist Luis Miehlich with an album which follows his much acclaimed debut ‘Silences‘, which appeared on Archives. ‘Timecuts’ was re-created through careful development and adaptation of material that Luis had recorded between 2013 and 2015. It presents seven tracks to form the basis of the album, followed with further adaptations by Erder, SineRider, Gallery Six and Glåsbird. This record clocks in at a generous hour long and has plenty of variation, as droning bells, electro acoustic compositions, solitary piano, drone and modern classical orchestration fill a wide open sound-palette. This will be available in 2019’s signature gatefold-LP style CD, in a run of 100 copies  and we’ll release this officially on or around the 2nd of November 2019. This one might appeal to artists such as Halftribe, Asuna and Opitope or Marcus Fischer.

Timecuts was released to subscribers of our mailing list last weekend, who had the first opportunity to grab a copy and these have been selling fast! You can stream the album on Bandcamp and of course, grab one of the remaining physical copies or a download if you prefer by clicking the link below or image above. To avoid missing out on future releases, you can join our mailing list HERE 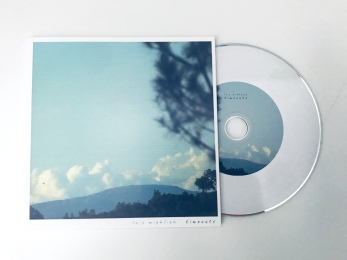 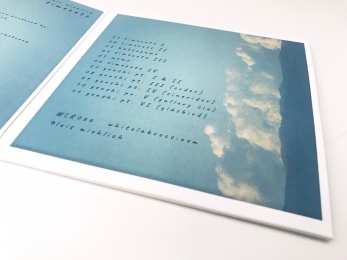 press release
“For our next release, we are pleased to present Luis Miehlich, an artist based in Heidelberg, South Germany. Luis has contributed compilation pieces to labels such as Eilean and Dronarivm as well as an EP on Kage Recordings and most prominently, his debut album Silences on Archives. Whilst he is relatively young when compared with many of his Ambient peers, Luis has been performing music since the age of five thanks to a musical household and over recent years has drawn influence from composers Jean-Michel Jarre, Steve Reich and Béla Bartók as well as Ambient labels such as Hibernate, Home Normal and Archives.

In ‘Timecuts’ we have the follow-up record to ‘Silences’ which builds upon some unused/rediscovered material from between 2013 and 2015. These were heavily processed and then expanded upon with additional compositions and instrument sounds. The reworking of past material became a concept of sorts, as matching the old with the new became an important part of the process. Luis decided to extend a wider invitation to adapt these works to other artists, with a brief to reinterpret rather than simply remix. Erder and SineRider were logical participants, after both having featured in the ‘Silences’ album. Then our own Glåsbird as well as Gallery Six joined to complete the line-up.

Timecuts clocks in generously at just over an hour, starting with Luis’ seven pieces. Everything from bells, drones, static, guitar, piano and radio static becomes a woven fabric to this beautifully varied album which is a tapestry of short dreams. The invited artists were given the stems from the original works rather than Luis’ own recreations, to help give further room for experimentation. The remixes add an extra dimension, which becomes every bit as crucial a part of a record steeped around themes of adaptation.”