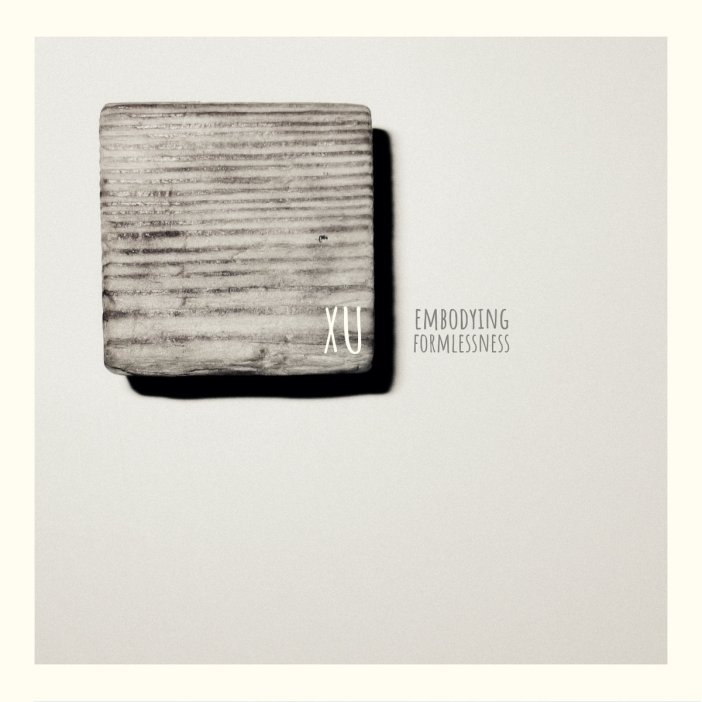 We’ve had a short break since our last release by Emanuele Errante and we’re also due to go on holiday next week. Before we go, we’d like to introduce another Italian sound artist Nicola Fornasari, who records as xu. Those who pay close attention to liner notes may recognise Nicola’s name, as he is one half of La Petite Vague, who we worked with back in  2016. thoughts of the present as electronics and organic instruments layer together. As xu, Nicola has released with labels such as Eilean and Cathedral Transmissions and in ‘embodying formlessness‘, we have a beautifully minimal set of electro-acoustic tracks created using a toy ukulele and electronics. Artwork is provided by our regular collaborator Peter Nejedly. This will be available in 2019’s signature gatefold-LP style CD, in a run of 100 copies  and we’ll release this officially on or around the 14th of September 2019. This one might appeal to artists such as Masaya Kato, Offthesky or Marcus Fischer.

press release
“With our next release we welcome back Nicola Fornasari who is one half of La Petite Vague, a project which we’ve almost exclusively supported across Whitelabrecs and our sister label Audio Gourmet. Nicola also records solo work as xu, with material released through labels such as Eilean, Cathedral Transmissions and most recently, Manyfeetunder.

The next album in the xu catalog is ‘Embodying Formlessness’, which Nicola created by recording improvisations performed on his daughter Nina’s toy ukulele and then setting these into non-synchronised loops. These were made by using various pedals by experimenting with ‘blind looping’, a technique used to create unpredictable variations of a certain loop. Additional sounds were layered into the compositions by adding minibrute parts which were also fed into effects pedals and these provide an array of high and low frequencies.
The resulting sound throughout the six tracks that encompass this album is one of a tactile minimalism and the sound itself is a representation of the concept.

In the period during which Embodying Formlessness was created, Nicola was studying the Two Truths, fundamental points developed by Buddhist philosopher Nāgārjuna. These consist of Relative Truth, which is the conventional way in which we perceive reality and Absolute Truth, which is the theory that objects and events have no intrinsic existence and no individual identity, except in our thoughts. Both perspectives are true and neither intellectual position is the correct one. So in summary, phenomena are both real and not real; things exist, yet nothing exists.
There is a sentence in the Heart Sutra which inspired the title for this album:
Form is no other than emptiness; emptiness no other than form. Form is exactly emptiness; emptiness exactly form.

Embodying Formlessness sets out a short collection of existential pieces, crafted from the random placement of melodic source material, adorned with subtle electronics. This provides an ideal backdrop to contemplate the theme of the Two Truths, as you try to separate the difference of what is real and what is perceived.”