Our next highly limited edition gatefold vinyl-effect CD is by Stockholm/Umeå, Sweden artists Old Amica in what will be their 6th album and their 2nd instrumental. Taiga began as music to score a film but once that process had passed, this duo set about working their material along with new recordings into an album, centered around childhood memories. This one’s a thoroughly well detailed, well paced album which straddles Electro Acoustic, Post Rock, Ambient and Modern Classical. This will be available in 2019’s signature gatefold-LP style CD, in a run of 100 copies with packaging design arranged by the artists themselves. We’ll release this officially on or around the 29th of June 2019. Those who follow artists such as Helios, Library Tapes or Benoit Pioulard should enjoy this!

Taiga is available now after having been released to subscribers of our mailing list last weekend, who had the first opportunity to grab a copy. These have been going well but we still have a few left and you can buy one of these or grab a digital copy by clicking the link or image above. To avoid missing out on future releases, you can join our mailing list HERE 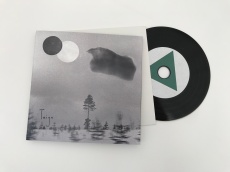 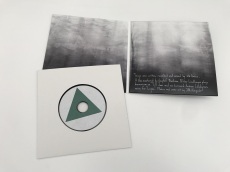 press release
“‘Taiga’ is the sixth release by Swedish duo Old Amica and their second wordless album. It began as music to accompany moving images in a short film they scored, but ended up as a collection of small fragments of childhood memories. The music for the short movie later got nominated as Best Music Score at The Annual Copenhagen Film Festival. Taiga is the endless highways, it’s the pulsating colours that blanket the starry sky, the disconnection, the icicle prisms, the midnight sun, the polar nights, and the background hiss. It was inspired by the words of Karin Boye, the voice of Carl Sagan, and the sounds of Popol Vuh.

The short film, which is called Place. Poetry. Periphery was the starting point with the first pieces of music having been written some 650km apart. Filmmaker Jonas Börjesson from Halmstad followed the process of six poets and their interpretations on the theme of place, poetry and periphery and he enlisted Old Amica’s Johan from Stockholm and Linus from Umeå to create the music. After having finished the score, these musicians continued recording and adding sounds together in a basement in Stockholm.

Taiga is now a work of art in its own right, whilst it still leans back towards its roots in the moving imagery which inspired it. This album ended up as a collection of small postcards of childhood memories, which is also depicted visually through the music video for Sävast and two teaser videos.”