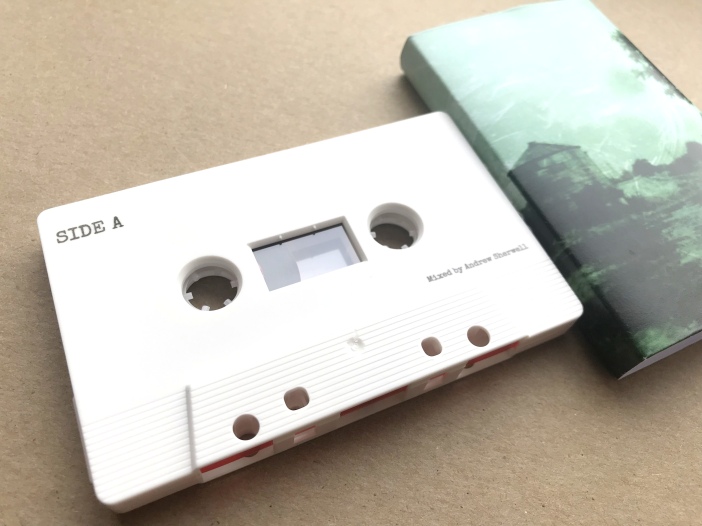 Last year we made a small batch of 20 mixtapes available after a disagreement between my wife and I, as she didn’t think people still had tape players. I decided to prove her wrong and put together a special anonymous mix solely using Whitelabrecs material and the tapes sold out in hours.

I’m not sure why, but we haven’t made any more and I’d love this to become a series that anyone can get involved in – over the last few weeks I’ve been in touch with Andrew Sherwell who released ‘Orthodox Tales’ with us earlier this year and he’s kindly assembled the wlt-02!
Many record labels create compilation samplers of material but for our version of this, we decided that mixtapes would be a fun format to introduce people to the label, similar to how vinyl DJ mixes might have been home-taped back in the 1990s. 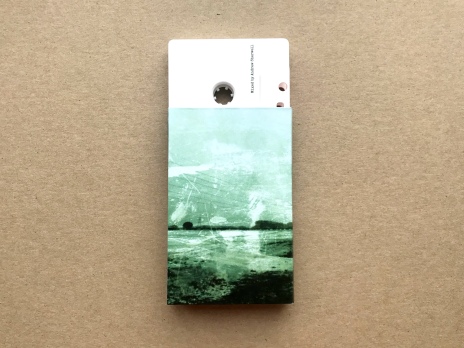 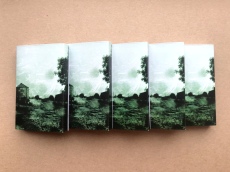 Andrew’s mix traverses two different paths over sides A and B,
with a dark opening to A unfolding to lighter, dreamy moments with the accompanying micro sounds of overlapping field recordings. Side B is more of the same, yet with added warmth. As always, the tracklist is anonymous as these tapes are intended to be works of art in their own right, rather than a compilation tape.

There are so many amazing releases on Whitelabrecs.
I should imagine that it would be quite a daunting exercise, a label specific mix. Where to start? What tracks to choose? Or harder still, what tracks to leave out? Impossible.
Luckily for me, when Harry suggested the idea, I already had a head start. I was already working on a mix which contained quite a few Whitelabrecs tracks. It was a mix to accompany my habitual dusk-time walk along a wild and deserted estuary foreshore, next to which my elderly parents live. A few blustery moments in which to forget the pressing effects of the passing of time, to stop worrying about what is surely hurrying towards us, and to just be……present.
With quite a tricky limit of just under 23 minutes a side, I edited the mix down, keeping the Whitelabrecs tracks already there in place, adding others that suited the mood. Soon the two sides developed their own personalities. Side One: the walk from the house to the rock from which to watch the sun sink slowly into the mouth of the estuary. Side Two: the walk back to the house in the gathering gloom.
Recorded digitally within Ableton (my laptop is all I had with me.) Some tracks are edited, some have additional processing, some suffered both. Thanks to Harry for the invite and to all Whitelabrecs’ amazing artists. Apologies to those artists whose work I have mangled.
For my parents.-ANDREW SHERWELL

The cover artwork printed on the packaging was taken during a huge thunderstorm at the end of an extended period without rain.