For our next release we’re pleased to present a debut from Brugge, Belgium based artist Teleferick who also contributes the weekly electronic/experimental music show ‘Klankschap‘. This is a record compiling some 10 years of work as the artist Christophe Ywaska selects ‘Sixteen Frames‘ that cross section his ranging production styles. Beautiful Ambient moments are juxtaposed against more playful pieces which experiment with electronics and modern classical composition in an unconventional way. This one may appeal to those who enjoy Monolyth & Cobalt, Roel Funcken or Sylvain Chauveau

Sixteen Frames is out this weekend in a limited edition run of 50 copies to the world, packaged in our usual vinyl-imitation CDrs with polaroid artwork prints. 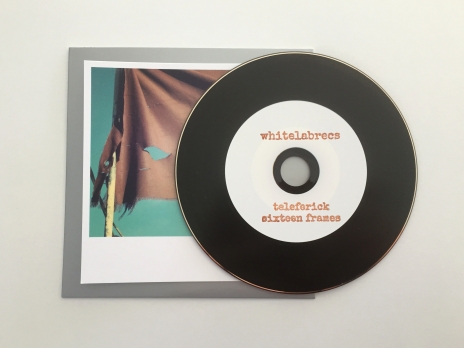 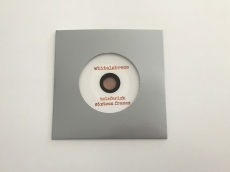 press release
“Teleferick is Bruges, Belgium based artist Christophe Ywaska who also runs a radio show called Klankschap which dives into the world of experimental music each week. This show has been running for many years and whilst being exposed to a wide range of multi-disciplinary artists, it’s no surprise that Christophe has also been recording his own work as Teleferick since around 2005.

We’re pleased to present his debut physical release after all these years, a sort of ‘selected works’ of sixteen unheralded gems from his collection. These are highlights from a ten year period with tracks presented as ‘frames’ which when played in their intended sequence, draw together as a vivid and cinematic soundtrack to a short film. There is a sheer wealth of production techniques and texture woven into these pieces that gives great variety as you listen; the moods of tracks flit from sad to intense, from serene to amusing. In releasing Sixteen Frames, Christophe intends to ‘archive’ these production methods and ideas and move onto the next chapters that lie ahead.

We’re told that before composing the work of ‘Sixteen Frames’ Christophe would isolate himself from the rest of the world, starting with virtually nothing before kneading the resulting elements into a unique identity. There was no clear plan when sculpting the music or of a deeper album concept. The true meaning of the album reveals itself to you only when the record is complete and could perhaps be compared to therapeutic sessions where there are more questions than answers. Sixteen Frames may indeed feel like a puzzle at times, but something that is appreciated all the more for getting lost in its complexity and in doing so, perhaps you will begin to understand?”