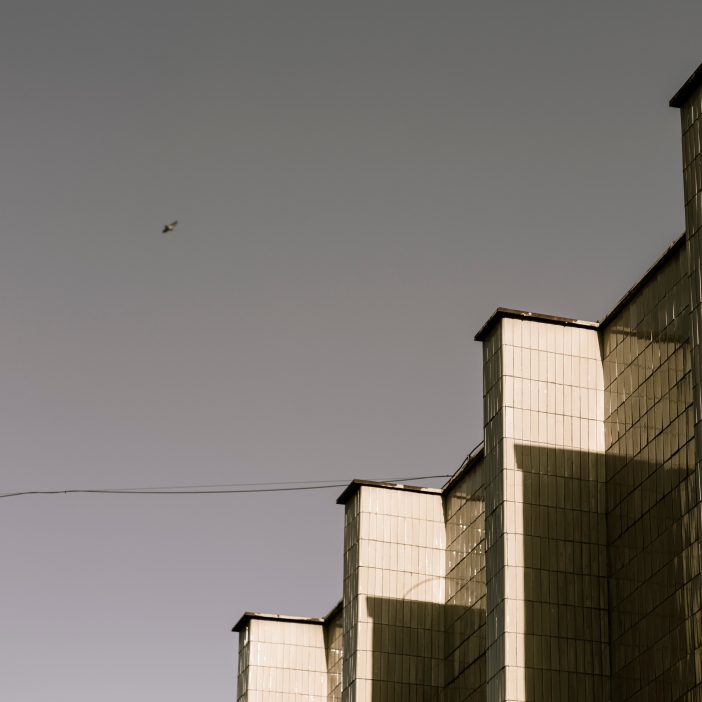 We’re motoring on with our stacked catalog of demos that we’re organising behind the scenes. Next sees our global cross section of the modern ambient scene head to Phoenix, Arizona, USA as we welcome Tsone to our roster. Many will already be familiar with his work, with him working with the likes of Home Normal and Audiotalaia to name but a few – not to mention the prolific output on his Bandcamp page. Tony Obr, the man behind the Tsone pseudonym has put together a stunning 10 track album for us in the form of ‘Dovetail‘ which traverses glitched out electronic tones, mild noise texture and tonal Ambience. For those unfamiliar, this will likely appeal to fans of Maps and Diagrams (who mastered the album), Autistici or Fieldhead. You can listen to a preview of the album using the Soundcloud player below or keep tabs on our Facebook page to preview the packaging when we decide to share it.

press release
“Tsone is Phoenix, Arizona based electronic musician Tony Obr, who has released material on labels such as Home Normal, txt Recordings, Dark Era Tapes and Myrdal Soundlab since the project began around 10 years ago. Tony comes from a background of playing woodwind in school bands and Jazz ensembles and although this experience is far removed from his work in electronic music today, he likes to think that it has carried some influence into his current work. After high school he studied visual art but before long, he had a desire to work with sound again and began experimenting with electronic music.

Tony will usually start a new track through what he calls ‘mad fits of inspiration’ where he’ll frequently get a flash of an idea, working as fast as possible to realise it. The ideas are typically in the form of experimentation and whilst some eventually fall flat, others will begin to take shape and eventually become a song. The speed in which Tony works is largely down to his experience: not only does he teach electronic music, but he regularly performs live, with artists such as Andrew Weathers, Jeph Jerman and Erik Schoster (hecanjog).

‘Dovetail’ is a record in keeping with much of the Tsone discography, in that it is free from a concept or any pre-mapped themes except for the track titling and the sounds contained within. This will allow you the listener to unravel this layered set of organic yet multi-faceted tones and noises and decode them as you see fit. Another of Tony’s creative outlets is his ability to build his own electronic instruments. Much of the modern ‘Ambient’ music scene at the moment draws on acoustic instruments as a sound source – whereas Dovetail was mostly crafted using software, around 80% of which was custom built. To round off this package, we have photography provided by Milan Očenáš who is becoming a regular collaborator with Whitelabrecs.”